The Power of the Internet – & Insurance?

The internet has opened up new frontiers for highly specialized groups as well as the masses, but has its true power had any significant impact on the insurance business?

All of us are familiar with the big names in internet change:  YouTube, Wikipedia, Google, Facebook, Amazon,…  These and other innovative internet applications have provided new ways for individuals and businesses to communicate and process information.

One fascinating trend, although not new, that is just starting to get some real traction is using the internet to harness the distributed knowledge of individuals to create collective information.  Where the power of individuals working collaboratively is more powerful than any single organization is able to build on its own.

The most obvious example is Wikipedia, a web based encyclopedia written collaboratively by volunteers from all around the world.  Created in 2001, Wikipedia has 65 million visitors monthly, more than 75,000 active contributors working on more than 13,000,000 articles in more than 260 languages.  This massive compendium could not have been created without the contributions of many different experts.

A second example is specialized, called CellarTracker, which allows an individual to maintain an online inventory of their own wines.  What is unique about CellarTracker is that there is one underlying database which is created through the sharing of information between members.  For example, if you want to enter a particular bottle into your inventory, you first see if someone else has already entered that particular wine.  If so, you choose it and add the wine to your inventory.  Each member has their own set of information based on their own wine collection, but the combination of this information creates a huge database.  The database structure facilitates sharing comments and notes, and adding external data such as pricing.  Started in 2004, 81,000 members have added their 12.8 million bottles of 626,000 different wines from more than 51,000 producers.

A third example is much more narrowly focused, really in the Long Tail, and is a Google Earth project on North Korea called North Korea Uncovered (see here, and articles here & here).  The site began with an individual began gathering information on North Korea from pictures and first hand accounts and mapping them.

Spying on North Korea would seem to be a job for intelligence services, but one PhD student at George Mason University has exposed many of the secrets of the insular regime from his home computer. Piecing together clues from news reports, photos, and eyewitnesses, Curtis Melvin and colleagues have annotated Google Earth's map of North Korea with hundreds of labels, documenting everything from mass graves to a waterslide. "It's democratized intelligence," he tells the Wall Street Journal.

I do agree that internet is the medium with its unlimited reach around the world is also a powerful medium, companies are posting and marketing themselves online. As you asked for the example there are numerous examples like http://www.b2butopia.com/item/insurance-services.html. But the thing is that it should be promoted online.

I think items like GoogleWave (when it is available) is going to take the wiki technology to another level. Wiki's allow multiple users (thousands) to collaborate. Imaging the users having the ability to define the services they receive? Imaging using that for the health care debate? Fantastic! Unreal possibilities.

I think the internet is a fantastic tool for insurance professionals to use for establishing expertise (i.e. blog, news, interactive advice). I have created a separate website www.ryanhanley.com from our agencies website in an attempt to establish my own industry expertise.

I am an insurance broker myself. My health insurance is through Kaiser. I was very happy to see that doctors and staff now have access you medical records and information available online. Patients also have the ability to log in and communicate directly with their doctor now. I love it. It makes it so much easier to communicate and manage your health care.

The internet is powerful and we use it daily in our businesses but I don't see it becoming as powerful as other fields have made it to be for themselves.

Sorry, the article is here: http://www.informationweek.com/news/internet/showArticle.jhtml?articleID=196603941

I found one! Read this news article. I have been involved with one such company that was developing Electronic Medical Record (EMR) System. Not only would it digitize the patient records, simplify practice management for physicians and make patients life easy when looking for prescription refills but it would also digitized health records and be able to interact with insurance companies, verify insurance status and much more. There will definitely be more advancement, as you can see from the article BlueCross has taken it one step further. 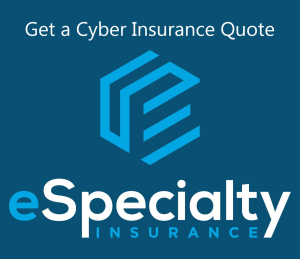